Allen Hornblum: "The University of Pennsylvania recently apologized for the sins of Albert Kligman, but why hasn’t the city done anything to atone?" 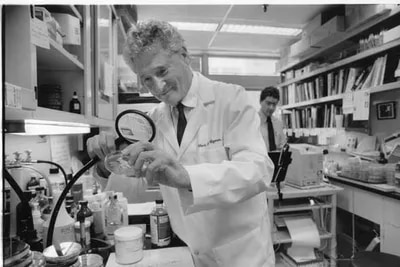 Allen Hornblum, the author of Acres of Skin, is calling on the city of Philadelphia to apologize to the victims of Penn dermatologist Albert Kligman. An excerpt from the Philadelphia Inquirer:

Fifty years ago this month, I walked into the city prison system, which included at the time Holmesburg, House of Correction, and Detention Center. Hot, raucous, and overcrowded that September day, each institution showcased a number of sights, sounds, and behaviors that would shock average Philadelphians. Perhaps the most unusual was hundreds of inmates adorned with bandages, gauze pads, and medical tape. Though prepared to work in an urban jail, I was stunned to discover I had also entered the nation’s largest clinical trial factory.

Inmates desperate to earn money were recruited by doctors and other inmates hired by Kligman to “sell a piece of their skin” for what was pitched as innocuous soap, hair dye, and athletes foot medications; swallow an assortment of “diet pills;” injected with “vitamins;” and participate in what was described as rudimentary academic studies. The dollar-a-day reward meant a trip to the commissary, money to send home, down payment for an attorney, or in a few cases, bail money.

Kligman compartmentalized much of his operations, leaving inmates, and even some doctors and technicians, in the dark about the experiments not only on Phase I drugs but also radioactive isotopes, dioxin, and chemical warfare agents. Many people involved did not know the extent of Kligman’s business interests and therefore could be working alongside a dangerous dioxin experiment and never have knowledge of it.