"Ninety percent of what I made went to women, whiskey, drugs and cars,” he said. “I guess I just wasted the other 10 percent.” 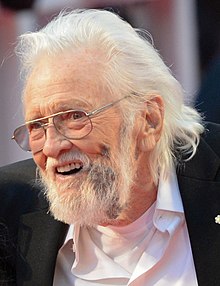 Ronnie Hawkins, the wild man of rock and roll whose back-up musicians went on to form The Band, has died at age 87. You can read obituaries in The New York Times or Variety, or listen to this interview on the CBC.
Posted by Carl at 6:08 AM No comments:

A Louisiana schoolteacher sells her plasma to make ends meet Then, last fall, she found a possible solution. By donating plasma — the liquid element in human blood containing vital antibodies and proteins — twice a week each week, Seal could earn between $400 to $500 per month.

That Tuesday at the plasma clinic, the waiting room was also nearly full.

“$20 Fuel Bonus after every 4th Donation. Your wallet will love you and your car will ‘tank’ you,” read a poster on the wall.

“When you refer a friend you earn a $50 Buddy Bonus!” another said.

Seal had arrived with her boyfriend, Jason Boyer, 41. None of this was normal for him yet. It was only his second visit, and he mirrored her steps as she checked in at a video kiosk along the wall. Then they found seats, and bits of conversation drifted from the other rows.

“I was going to this other one; they give you a hundred for each visit,” one person said.

“I like here that the process is faster, the machine is quicker,” another explained.

“Some places, the heavier you are, the more money you get,” a woman said.

Seal left the center a few hours later with $50 added onto a debit card from the clinic. Thursday’s trip would add $80. Lately, she had started to experience excruciating stabs of pain in her abdomen. But her family needed those payments so badly that Seal forced herself to continue to those twice-weekly trips.

“[Jim Wilson] is the most powerful person on campus. He is untouchable. That’s the way to think about it. They are untouchable."

You remember James Wilson. He was the man behind one of the most notorious research scandals of the modern era: the gene therapy trial that killed Jesse Gelsinger at the University of Pennsylvania. Over twenty years later, Penn's student newspaper, The Daily Pennsylvanian, is alleging that Wilson's Gene Therapy Program is a toxic, dysfunctional workplace and that the administration is covering up the problems in order to keep the external research dollars flowing in.

The stories are complicated, but you can find a good summary with links at the  the Center for Genetics and Society.

From the New York Times:
Sheldon Krimsky, a leading scholar of environmental ethics who explored issues at the nexus of science, ethics and biotechnology, and who warned of the perils of private companies underwriting and influencing academic research, died on April 23 in Cambridge, Mass. He was 80.
Tufts University has also posted a tribute.
Posted by Carl at 3:40 PM No comments:

WASHINGTON, D.C. – The U.S. Food and Drug Administration (FDA) on April 28 denied Public Citizen’s petition asking the agency to disqualify emergency department researchers at Hennepin County Medical Center (HCMC) in Minneapolis, Minn. who repeatedly tested the dangerous general anesthetic ketamine and other powerful sedatives on agitated patients without their consent. Public Citizen had urged the FDA to direct HCMC to contact the more than 1,700 patients who were unwittingly enrolled in unethical experiments to inform them that their rights were violated and health potentially endangered by the researchers. Dr. Michael Carome, director of Public Citizen’s Health Research Group, released the following statement:

“The FDA’s failure to seriously sanction HCMC researchers sends a clear signal to the research community and public that the agency is not serious about protecting the rights and welfare of human subjects. Over a four-year period, HCMC researchers engaged in a pattern of repetitive egregious violations of federal regulations intended to protect human research subjects. The FDA should have required the hospital to contact the more than 1,700 patients who were unwittingly enrolled in unethical experiments and inform them that their rights were violated and that their health was potentially endangered by the medical center’s researchers.

“The case for the FDA disqualifying the HCMC researchers is overwhelming. The FDA’s slap-on-the-wrist approach to such appalling regulatory and ethical violations risks emboldening other researchers to disregard the rights and welfare of human subjects.”